Deborah is a highly experienced international television executive/producer and a creative entrepreneur.

Spotting the beginnings of the celebrity trend in the late 90s, Deborah and her two co-founders raised the money to set up an online retailer to sell clothes and products that had been seen on film and TV stars. The company was originally named AsSeenOnScreen.com and they later re-named it ASOS.com. Deborah was pivotal in setting up the business, selecting the original product lines and assembling the original team – including inviting longterm collaborator Lord Waheed Alli to join the board. She remained a shareholder until 2017.

Despite this extraordinary success in retail, Deborah’s first love remains animation in all its forms. She began her career at Channel 4 working on Raymond Briggs’ Father Christmas, buying Pixar’s first short film Tin Toy, and Nick Park’s graduation film A Grand Day Out, which first introduced Wallace & Gromit to the world. She has worked with Nickelodeon, Disney, Sony, Universal, BBC, Channel 4, milkshake!, Discovery and many other global networks.

Deborah has worked as a development producer for Rob Minkoff (director of Disney’s The Lion King), on the Oscar winning short Bob’s Birthday, with Klasky Csupo (makers of The Simpsons) and on many more award winning and nominated shows. At Channel 4 Deborah was also part of the team that broke household names including Jonathan Ross, Frank Skinner, Vic Reeves & Bob Mortimer, Jo Brand and many more.

Throughout her career Deborah has been attracted to and instrumental in creating certain interruptive and new business models, working on the first wave of advertiser funded programming (Cadbury, Pepsi, Royal Mail, Phillips), the first wave of social networks for kids and online drama (Bebo) as well as the first wave of online retail (asos) 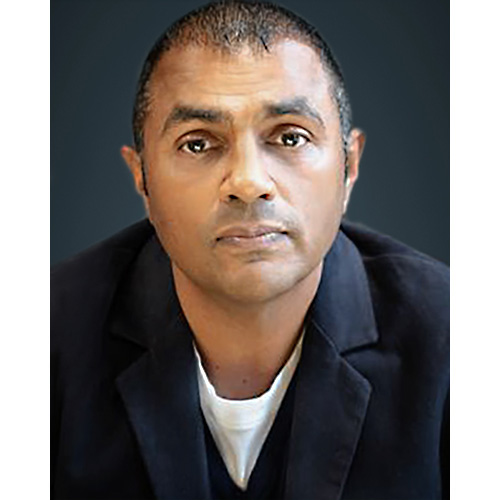 Waheed is Chief Executive of Silvergate Media, a global children’s media business focusing on the US and Chinese content market.

He is also the Chairman of Koovs PLC an Indian e-commerce fashion retailer. Waheed was the Chairman of ASOS Plc, the UK’s largest fashion and beauty online retailer, for 12 years from its inception.

Waheed has an interest in a number of media and content businesses as well as an investment fund that focuses on investing in female and minority led businesses.

Waheed is a patron of the Elton John Aids foundation.

He was appointed a peer in July 1998 and sits on the Labour benches. Waheed has focused his work in the Lords on equality issues. 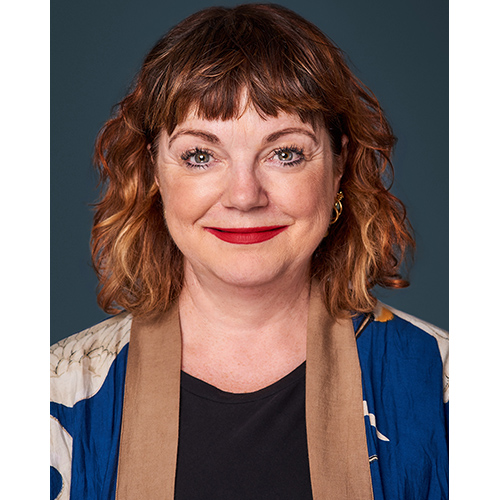 Director of Publishing and Marketing Strategy

Helen is an extremely experienced Senior Publishing and Television Executive/Executive Producer.  She has a powerful track record in managing and exploiting some of the UK’s best loved literary brands across all platforms.

In her previous role as Managing Director of Walker Books, Helen brought all licensing and merchandising of Walker’s most successful properties back in house.  In setting up the company’s licensing department she created strong revenue streams for the company from the L & M exploitation of iconic brands including Guess How Much I Love You; an astonishing continued publishing and licensing success story that has sold over a million books per year for the last 30 years.

Helen then set up Walker Productions to produce TV and film adaptations of Walker owned properties.  These included the BAFTA nominated We’re All Going on a Bear Hunt, which Helen executive produced..  It was Channel 4’s most watched programme of 2018.  She also executive produced the BAFTA and Emmy award winning  Hank Zipzer.

Prior to Helen’s role at Walker she was Deputy Managing Director of BBC Worldwide Children’s.  Here she managed the global investment budget and the global Licensing and Merchandising, Digital and DVD businesses within the Group.  During this time Helen sat on the BBC/Penguin Joint Venture Publishing Board.

Her career began working for Random House and Penguin Books on books by beloved authors and illustrators including Roald Dahl, Quentin Blake and Raymond Briggs. 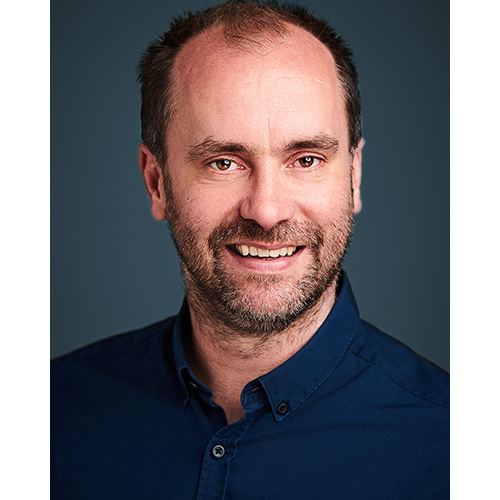 Kevin is an extremely talented BAFTA nominated creator and director, with a number of self-created shows under his belt.

He is a brilliant character designer, creator and storyteller.

Kevin co-devised the BAFTA nominated CBeebies pre-school show Waybuloo.  He co-devised Floogals, which went on to be a top rating show on Universal and Channel 5’s milkshake, the UK’s premier children’s TV block.

Kevin also co-created the pre-school hit show Wissper which is now produced by Kelebek.  Wissper has sold into over 100 countries.  Kevin directed season 1 and 2.

In his role of Head of Animation at Kelebek, Kevin works closely with Deborah creatively overseeing the company’s development and production slate as well as continuing to devise new brands for the company. 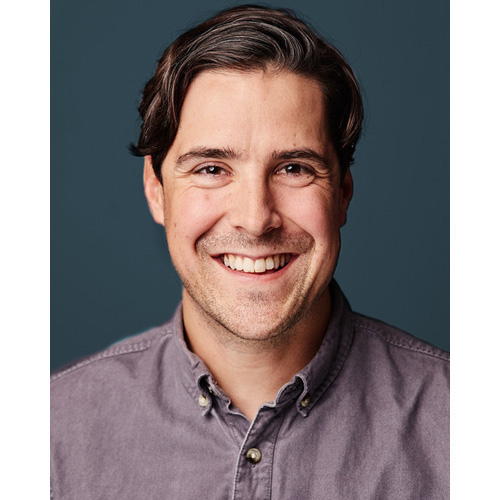 Ed is a classically trained animator, CGI Artist and 3D and 2D animation director with a broad skill base.

Ed works closely with Kevin on character and series development.  Jointly with Kevin, Ed oversees the company’s animation output as well as co-directing our shows Wissper and Isadora Moon.

Prior to joining Kelebek Ed worked in a variety of key roles on a broad range of animated shows including The Hive (for Disney Junior) as Technical Director on Ruff Ruff Tweet & Dave (Cbeebies), as Animation Supervisor on Shane the Chef (milkshake!) and on both series of Wissper as Assistant Director on season 1 and Co-Director on Season 2. 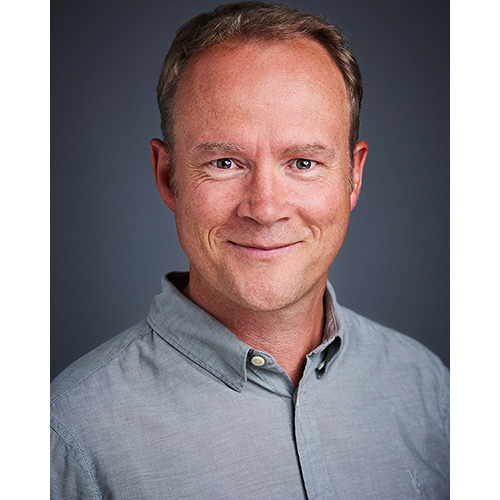 Matt has over 25 years’ experience as Head of Production, structuring and managing successful international co-productions and productions for some of the UK’s leading children’s production companies. At Kelebek Matt supervises all production.

As part of the PACT working group, Matt was involved in setting up the UK Animation Tax Credit.

Prior to joining Kelebek, Matt was Head of Production at Zodiak Kids. Whilst at Zodiak Matt was responsible for production of the studio’s animated slate including the BAFTA nominated show Waybuloo for Cbeebies, the Annie Award winning Zack and Quack for Nickelodeon and hit show Floogals (Universal and milkshake). 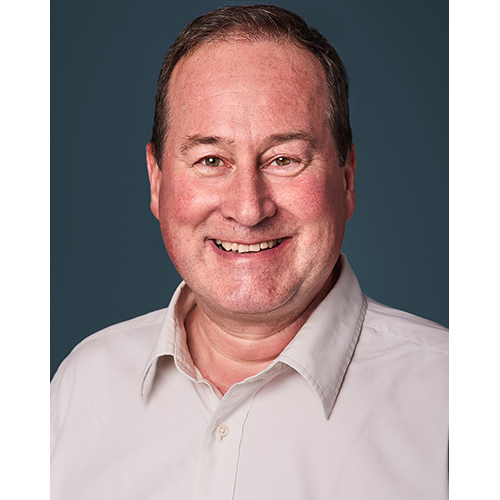 Richard is a leading figure in UK licensing and merchandising. He is a respected veteran of the industry with thirty years experience and a string of successes to his name including some of Britain’s best known TV, movie and publishing brands.
For many years he headed the licensing team at BBC Worldwide, managing commercial investment into BBC programmes and creating the licensing strategy and merchandise ranges for the whole BBC portfolio. He forged relationships with broadcasters, agents and multinational toy companies to make brands such as Teletubbies, Doctor Who and Wallace & Gromit Into global successes.

He led the strategic development and product planning for hits such as publishing phenomenon Charlie and Lola, the ground-breaking pre-school show In The Night Garden and popular family favourites such as Top Gear and Strictly Come Dancing.

Licensed products created under Richard’s direction have won the prestigious UK Toy of the Year award three times for Teletubbies, Doctor Who and In The Night Garden.

As Licensing Director at Hallmark Richard managed the commercial exploitation of gift and art brands such as Forever Friends. Here he acquired character licences from global licensors including Disney and Warner Brothers for Hallmark’s gift and greetings ranges.

As Head of UK Consumer Products for Dreamworks, Richard managed campaigns for DreamWorks classics Shrek and Kung Fu Panda, as well as leading their plans for acquired brands such as Noddy, Postman Pat and Where’s Wally. Richard led the licensing for the classic toy brand Trolls, a standout movie and a huge merchandising success in 2016.

As a familiar face on the UK licensing scene Richard is a frequent speaker at industry events and contributor to industry publications. He now works as a consultant, championing the most promising brands for the future and ensuring the creation of fond childhood memories for the next generation of fans. 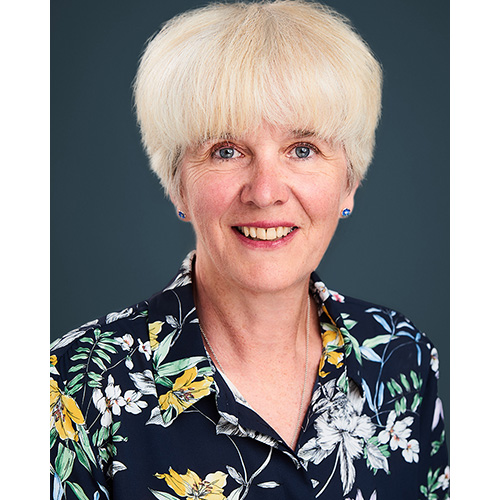 Kate is a senior distribution/commercial consultant with a particular focus on international TV sales, merchandising and TV tie-n book publishing, format and licensing deals. At Kelebek she is responsible for the financial brand management of our shows, as well as providing financial and commercial oversight.

At Love Productions, Kate was instrumental in devising and executing the extraordinarily successful international commercial roll out of the Great British Bake Off. This television phenomenon has been sold to just under 200 territories and re-made in 20 different countries.
During her time at Love Productions Kate also worked on the roll out of the Great British Sewing Bee.

Kate worked alongside Deborah in the Channel 4 Animation Department as a Senior Programme Finance Executive.